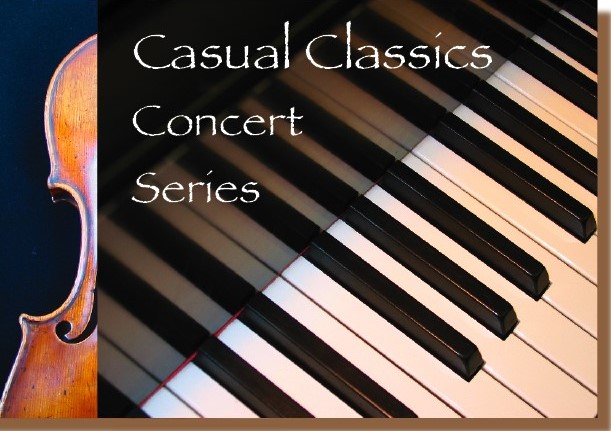 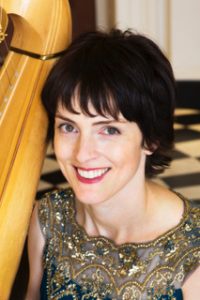 There will be an opportunity to mingle over coffee and other beverages provided by Red Bean Coffee before the concert from 6:15 pm, and during intermission.

Principal harpist of the Atlanta Symphony Orchestra since 1995, Elisabeth Remy Johnson performs nationally and internationally in solo and chamber music recitals. An avid recording artist, her recent solo album, “Quest,” spotlights works by women past and present, and has been acclaimed internationally, Gramophone calling it “an exquisite demonstration of the harpist’s art laid out in virtuoso swirls of colour, pearls of elegant nuance and audiophile sound.” She performs as principal harpist with the Grand Teton Music Festival, and teaches at Emory University, Georgia State University, and Kennesaw State University.

Ms. Remy Johnson is a graduate of Harvard University, Phi Beta Kappa, where she majored in Music and French. Winner of first-place awards in competitions of the American Harp Society and the American String Teachers Association, she was an NFAA/ARTS awardee.

In 2018, she founded The Merian Ensemble, a chamber group dedicated to performing and commissioning chamber music composed by women. The Merian Ensemble has received a travel grant from Mid Atlantic Arts Foundation USArtists International; commissions have been funded by grants from the American Harp Society, the PRS Foundation, and Agnes Scott College’s Kirk Fund.

Ms. Remy Johnson was co-founder and artistic director (2000-2010) of the Urban Youth Harp Ensemble, serving students from the Atlanta Public Schools. She has received Atlanta’s Channel Eleven Community Service Award, the TBS Pathfinder’s Award, and the Atlanta Business Chronicle’s “Up & Comers Award.” She is a 2022 awardee of New Music USA’s Creator Development Fund for her project Estrelas with composer Clarice Assad and visual artist Xuan, exploring the roles of women in the fields of astronomy and astrophysics. In 2022, she was elected Governor for the Recording Academy’s Atlanta Chapter. She serves locally as co-chair for the Education Committee and nationally as a member of the Classical Membership Committee.

There is no charge for admission, although contributions are gratefully received; donations from the series’ patrons cover the expenses of these concerts. Donations can also be mailed to Casual Classics Concert Series, P O Box 67, Marble Hill GA 30148.

Casual Classics was established in 2007 by Suzanne Shull, then a resident of Bent Tree and member of Fellowship Presbyterian Church. Over the years, the series has featured many soloists and ensembles associated with the Atlanta Symphony Orchestra, faculty at Kennesaw State University, and emerging artists. With Suzanne’s move to Atlanta, Calvert Johnson stepped up to be the new Concert Manager, beginning with the 2018-19 season. Members of the Board of Directors include Kelly Lohman, Lloyd McDonald, Marc Unger, Richard White, and Suzanne Shull as past director.

The next concert will be Monday March 27, 2023, featuring the Eurasia Piano Trio.